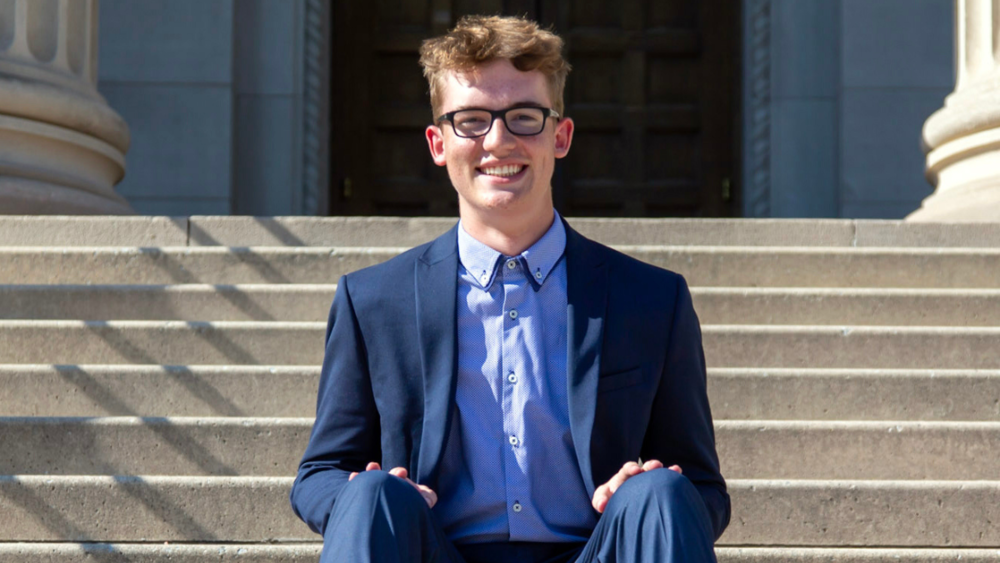 Hermantown senior Will Peterson jokes that as a newly-minted 18-year-old, his personal lens shifts about once a month.

“I’m guided by the winds of fate, and wherever I’ve gone the opportunities have followed,” said Peterson, humbly. “I’ve always been a goal-oriented person, and everything I’ve set my mind to so far I’ve been able to achieve.”

His unwavering passion for sports will continue to drive him to discover the best of himself moving forward, he said.

“The current career plan is to be a player representative, possibly earning degrees in business or law,” said Peterson, who maintains a 3.86 grade point average (on a 4.0 scale) and aced a 34 on the ACT. He plans to attend the University of Wisconsin in Madison starting in the fall.

In the meantime, Peterson said he will continue to work part-time this winter as a play-by-play sports announcer for Youth Hockey Hub and MNHockey.TV, Minnesota’s premier hockey streaming company, and as a public address announcer at Hermantown Arena.

“Dave Huttel, the hockey arena manager in Hermantown, actually got me started in sports broadcasting, throwing me a bone by asking if I wanted to do play-by-play commentary for public access,” said Peterson. “This is year three.”

Peterson said one of his media mentors is the legendary Jeff Papas, one of the top high school play-by-play broadcasters in Minnesota based in the Twin Cities.

“Jeff has always had a 9-to-5 job outside of broadcasting, and I’m looking to do something similar by holding down a successful job and working on my media craft,” said Peterson. “In the meantime, I’m currently working up to 14 hours a day in the industry on weekends, and making some good money at it.”

Said Papas: “I like to tell people that Will reminds me a lot of myself at age 18, except Will has a stronger base than I did. He is meticulous in preparation, pays close attention to detail which is important for a play-by-play guy, and he is solid in his technique. Like a lot of young broadcasters, he needs to learn how to use his voice effectively, but I think he has a very bright future ahead of him.”

“Will is a great example of the spirit of what high school hockey is about,” said Pete Waggoner, MNHockey.TV’s Director of Hockey Media Services. “He loves the game and has the confidence to deliver quality play-by-play in a professional manner. We are lucky to have him on our team of 24 announcers.”

Peterson’s dad, Brad, is a retired forest fire contractor and his mom, Teresa, a retired flight attendant for Delta.

Peterson on the 2022-23 Hawks: “There were a lot of question marks coming into the season, with the departing senior class and early departures Hermantown hasn’t seen before. Everyone knew the strength of the Hawks was its superior depth, and the talent is there. I expect them to make another deep run in March.”