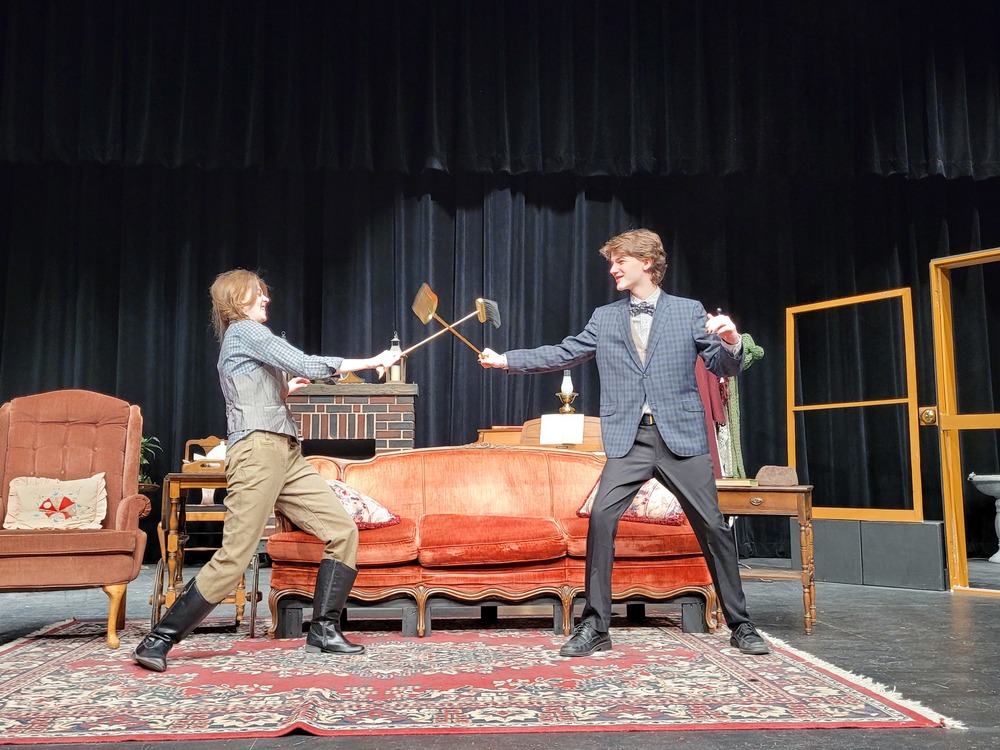 On Monday May 16 at 7 p.m., the Hermantown Drama Club will stage the One Act Festival, which acts as a fundraiser for Hermantown Fine Arts. The show will include performances of the One Act Competition Team's play Going to School by Ed Monk, along with Don Zolidis’s Stage Parents, the latter of which will feature Hermantown teachers.

Going to School is directed by Charina Dorothy and Theresa Taraldsen. It’s a thirty minute comedy which follows Nick as he heads off to college. Of course, his family adds further chaos to the story. Meanwhile, Stage Parents is directed by upperclassmen Madelyn Horn, James
Helmer, Jillian Jaros, Sean McNulty, Megan Lawless and Lily Meichsner.

Instead of various smaller skits, this year the drama club has opted to tell the tale of a theater group who is attempting to put on the Greek tragedy Medea as directed by Mrs. Hansen.  However, practice is constantly interrupted by parents who will add a hilarious twist.

If you want to support the fine arts or just enjoy a night full of fun and comedy, head to the Hermantown theater Monday, May 16th at 7 p.m. General admission of $5 payable at the door.