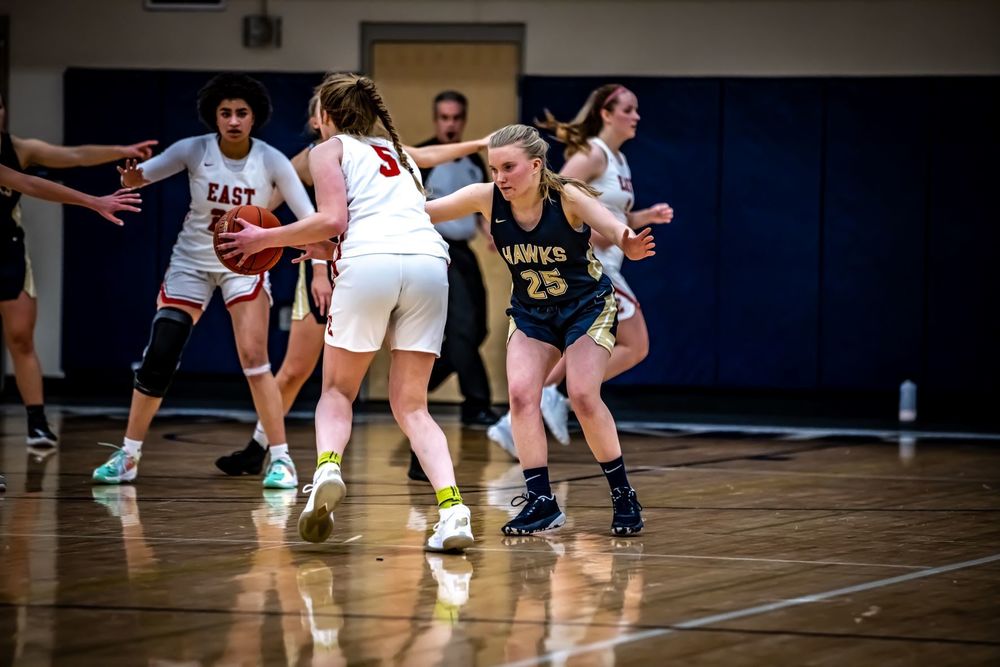 The Minnesota State High School League sponsors the AAA award for a senior girl and a senior boy who excel in Academics (3.0 GPA or better), Athletics (at least one MSHSL-sponsored athletic activity) and Arts (MSHSL-sponsored debate, one-act play, speech, visual arts, and instrumental or vocal music).

Each Administrative Region 7AA member school, listed above, may nominate one senior girl and one senior boy to the region level for review and evaluation. The Region Committee then selects one girl and one boy as the Region winners who will advance to enter the state competition.

Camille is a three-sport letter winner who excels in swimming, basketball and softball. She was named a captain of the swim team this past year. Her teammates and coaches all talk about what a dedicated athlete she is and what a positive part of the team she is. In the Arts, Camille has played trumpet in the HHS Band for all four years of her high school career, participating in the Large Group competition twice.

Academically, Camille carries a 3.9 grade point average and has challenged herself taking multiple college in the schools classes including CIS Calculus, CIS Anatomy & Physiology, and CIS World History. Camille's future plan is to pursue a degree in Physical Education at the University of Wisconsin Superior while playing Softball.

Triple "A" Award recipients are selected by a multi-level process involving the League's member schools and administrative regions. League officials will announce the four award recipients (a girl and a boy from both a Class "A" and Class "AA" school) at an on-court recognition ceremony held in conjunction with the Boys’ State Basketball Tournament in March 2022.

Additional information about the Triple "A" Award may be obtained by contacting the Minnesota State High School League at 763-560-2262 or by visiting the League’s Web site at www.mshsl.org.