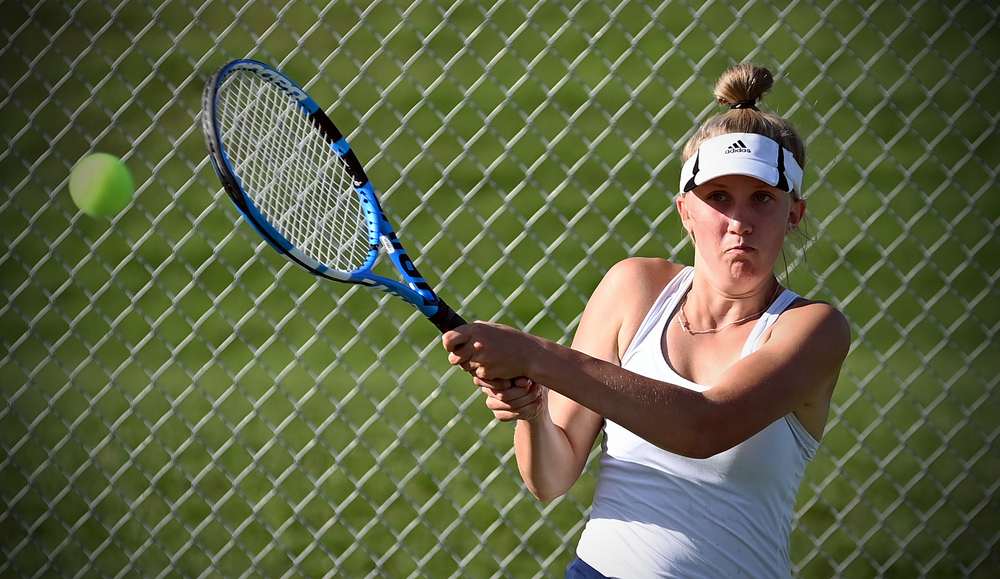 No. 1 singles standout Jessica Kukowski is proud of her Hawks teammates for sticking together during a challenging win-loss season.

“We're all having fun together, cheering each other on and maintaining a positive attitude,” said Kukowski, a senior who has battled against the opposing team’s top singles player all season. “It’s all about improving every match, as we have individually and as a team.”

Hermantown will play host to St. Francis in a nonconference match at 1 p.m. today.

Kukowski embraces the challenge of playing No. 1 singles, and against the opponents’ best individual player. She joined the team as a freshman, played No. 2 singles in her junior year and this season has emerged as the Hawks’ premier singles player to beat.

“You work your way up for an opportunity to show what you can do,” she said.

“We’re honored to have Jessi as one of our senior captains,” said legendary Hawks girl’s tennis coach Jessica Worden. “She not only leads the team on the court at No. 1 singles, but off the court as well. Jessi's has grown into a phenomenal player. Each match she continues to become a stronger, and a more competitive and successful player. I look forward to the rest of her success this season.”

Kukowski said she might attend Wisconsin-Superior after graduation, and study to become a licensed elementary teacher while continuing her tennis career.