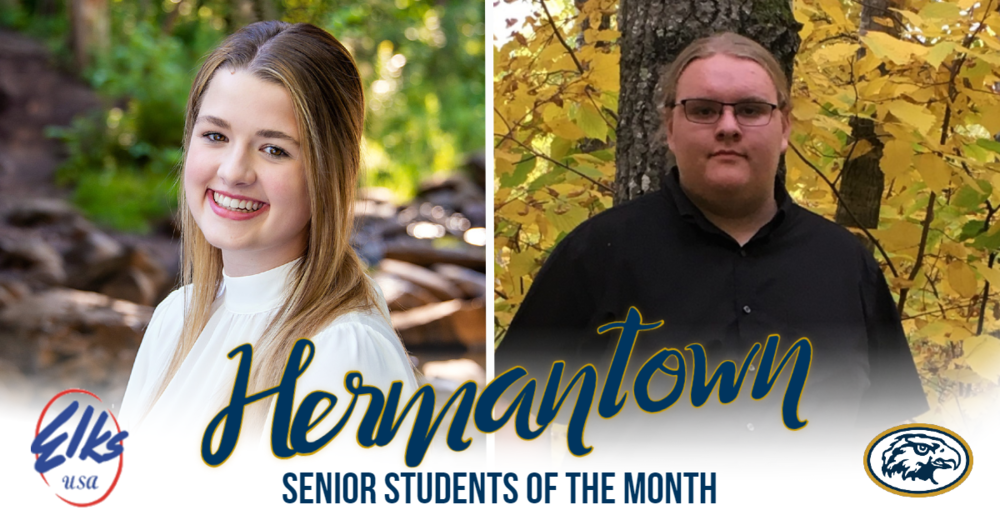 Elk's Senior Students of the Month

Anna is cheerful, helpful, polite, humble, and truly interested in learning. As a student, she is engaged and engages others with discussions and her leadership skills during class activities.  Anna is taking five college-in-the-schools classes as a senior. Beyond clases, Anna is involved in National Honor Society, student council, Link Crew, and the RISE club.

Nick has been a stand out student in Career and Technology Education classes. This year, he took on a leadership role for the Robotics team as well as in our college-in-the-schools computer science class. Nick is a wonderful young man with a positive attitude and a friendly smile for everyone.  He loves to share in class and is a huge part of our class discussions. Along with Robotics, Nick participates with the school's clay target team in the spring.